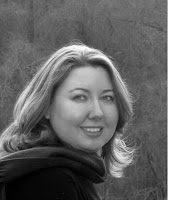 Paula Bohince is the author of two poetry collections, both from Sarabande: Incident at the Edge of Bayonet Woods and the forthcoming The Children. Her poems have appeared in The New Yorker, The Nation, The Hudson Review, and elsewhere. She has received fellowships from the National Endowment for the Arts, the Amy Clampitt Trust, and the Bread Loaf Writers’ Conference. She lives in Pennsylvania and is the 2010-2011 Amy Lowell Poetry Travelling Scholar.


SPIRITS AT THE EDGE OF BAYONET WOODS

Crabgrass thickens, and catalpas bloom
gigantic, hoping to hide our homestead, the poverty
and grime that kept us mired here
for generations, as if we were sleeping
off a bender for one hundred years.
Sooty hankies against our mouths, in the kitchen
chicken spitting in the fryer,
thick smoke rising, and we’re in the mineshafts,
the ones that swallowed our men
and cooked them and spat them into our beds.
Forgive us, Lord, we did not know them,
humpbacked and ruined, crawling toward us
wanting clean shirts, kisses, more children.
Tell me, what was a woman’s purpose in those woods?
Trading quails’ eggs for the babies’ medicine,
boiling lye and animal grease to shampoo coal dust
from our men’s curling hair?
They clung to us in sleep, that watery place,
and I swear, as I lay beside my own husband
I did not know him, even as he struck me,
muttering his terrors, whimpering the struggle
of slowly drowning in a shaft flood, or burning
alive in a coke fire. And though we pitied Grace,
the valley’s only suicide, we understood
when she wrote, I cannot go on here, in this place…
In fact, we watched her strip beside Stone Path
where she had gone to pray, faithful to the current’s
constant swirling, watched her weep beside
the river’s illiterate banks, lay her dress upon
its slick grasses, wade into the inch of loam,
then lie facedown in its merciful pull.
Forgive her, Lord, for leaving this earth so early.
She was terribly lonely.

I wrote this poem sometime around 2004, when I was living in Queens and in the thick of writing my first book. I think that it started as a series of notes, lines, images, and details jotted down over a few weeks that I would keep adding to. A messy notebook page. A big buzzing cloud. So I was accumulating ideas and letting them simmer. When I felt ready to plunge into a first draft, I tried to go a little blank and see what would make its way in. The first line seemed to set the tone and cadence that the rest of the poem fell in line with.

The poem was first written by hand on notebook paper, and then changes occurred as I made the transfer onto the computer, and then as I rewrote version after version, one after another, in the same document. This is my usual process and what I would call the initial composition. I really don’t consider these various versions revisions, but more the act of building toward a workable draft. Hopefully I’ll have enough time, meaning a few hours all at once, to get something sufficient done during this stage, to feel that “click” of the poem being mostly in place and the accompanying sense of relief.

For some reason, I’ll delete all of the previous versions almost as soon as I feel like I’ve hit upon the one that feels most right. I don’t know if I do this so I won’t feel conflicted about my choices or to achieve some sense of completion. Since I don’t save these other versions, it’s hard to say what the number would have been. Once I printed out this poem, I do remember tinkering with it for a while – a few months -- but I would consider these subsequent changes on the smaller scale of edits rather than vaster revision.

I really love Jane Hirshfield’s book Nine Gates: Entering the Mind of Poetry. I don’t want to paraphrase, but it helped me to ready my mind for poems. I was working so hard during this period in my life, it felt punishing. Everything I was doing in my waking life felt like it was in the service of that first book. Her book helped me learn how to receive, which is to say, helped me learn how to live. So yes, I do believe in inspiration. This poem felt both received and earned.

How long after you finished his poem did it first appear in print?

It was published by Shenandoah in 2006, so a year and a half to two years.

It varies, but usually a few months.

This entire poem is from my imagination, although the family homestead was a real place, in the family for several generations until my father’s death. My uncles from this side were coal miners, and my aunts were generally housekeepers. Grace is an invention to embody all I wanted to say about women in this particular place.

I think it is one narrative suggesting a larger one.

Do you remember what you were reading when you wrote this poem? Any influences you’d care to disclose?

Two standout first books were influential to me during the writing of this poem: Judy Jordan’s Carolina Ghost Woods and Talvikki Ansel’s My Shining Archipelago. These books are wonderful. I think that my beloved teacher, Phil Levine, is in here as well.

Do you have any particular audience in mind when you write? An ideal reader?

I don’t have a specific audience in mind. Especially with this first book, I was writing it so much for myself because I didn’t know if it would be in the world. I suppose my ideal writer would be kind, empathetic, and generous. Who doesn’t want unconditional love?

Did you let anyone see drafts of this poem before you finished it? Is there an individual or group of individuals with whom you regularly share work?

No, I don’t believe anyone saw this poem before it was finished. I haven’t shown anyone my work, in terms of critical feedback, for a few years now. I do show my husband poems now and again, but not for critique.

This poem feels very different from most of my other poems. I don’t usually write persona poems, although I don’t remember consciously making the choice to do so here. My other poems might be a bit airier in terms of visual space and are perhaps more lyrical and associative than this one. This poem feels especially literal to me.

The Appalachian landscape, the coalmining imagery.

Finished.
Posted by Brian Brodeur at 11:41 AM