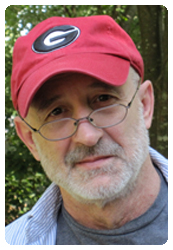 I’d call it finished. Though it has a somewhat softer ending than most of my poems.
Posted by Brian Brodeur at 4:49 PM 46 comments: