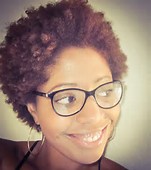 Erica Dawson is the author of two award-winning collections of poetry: The Small Blades Hurt (Measure Press, 2014) and Big-Eyed Afraid (Waywiser, 2007). Her new book, When Rap Spoke Straight to God, is forthcoming from Tin House Books in Fall 2018. Her work has appeared in Best American Poetry, Bennington Review, Harvard Review, Virginia Quarterly Review, and many other journals and anthologies. She’s an associate professor of English and Writing at the University of Tampa. She serves as director of UT’s low-residency MFA program.

My dearest, sweetest Lew—
It’s like there’s permanence in West
Virginia, not the state, the sound—the rest
After the gin fools you

Water beneath the thick
Ice spots on the Cuyahoga and Lake
Erie. Damn rifles. Damn the ache
Of numbness. Snowflakes prick

Your tall Oberlin grave.
I try to scrape it clean with my
Frostbitten index finger. I
Marvel at how the cold can save

A tear, at how I sit
Under my chestnut tree and wait
For nuts, plate Charles’s dinner late,
Allow Louise’s fit

To last another hour.
Damn both my abolitionist
Husbands, their spot–on aim, fist–
in–the–air. Why don’t they glower

Like I do when I yell
Louder than any choir could,
Or, out back, take an ax to wood
And wonder if you fell

Like broken logs, without
Movement, your body dead already,
All solid like a Cleveland eddy
The young ones skate about.

They’re in love with being lovers.
The world’s all to themselves. No sword
Can pierce them when they huddle and hoard
Their weapons under covers.

I wish them ill; no right
To do so, yes, I know. I’m so
Tired of when thin white sheets glow
Dusk red in autumn light.

Damn all Octobers, sin,
Forgiveness. Dam the streams until
Oceans of buried brothers spill
Like grief beneath the skin

Of rivers. Best intentions
And kind regards, Lew, take this letter
As proof I am not getting better.
I am its two dimensions:

Two praying hands, my skirt
Pressed to my thighs pressed closed. Damn brass
Reverie and all the leaves of grass
So green the small blades hurt.

I started the poem in mid to late 2010, I believe. I was very interested in American History when writing Blades; I became a little obsessed with Abraham Lincoln, and then Walt Whitman, and then Langston Hughes. Researching Hughes lead me to the story of his grandmother. I was so struck by this woman who endured so much grief. I wanted to somehow connect with that kind of sadness. So I began writing.

I’ll revise until I’m blue in the face, if I let myself. It probably went through a solid ten drafts, which is actually a small number for me. The poem was always in the rhyming quatrains; but, at first, it wasn’t a persona poem. And, it wasn’t an epistle, either. I knew to connect with this amazing woman, I was going to have to try to live in her moments. And it seemed like a good idea to make the poem a kind of active moment where she addressed the love she lost.

I definitely believe in inspiration. I was certainly inspired by the life of this woman. I think this poem, though, was mostly a result of sweat and tears, trying different things out, breaking it apart and putting it together again.

Again, a lot of sweat and tears. As I said, the quatrains happened immediately. Sometimes my ideas for form and structure come first, after the initial idea for the poem; then, the content starts to become clearer. For me, form can be extremely generative. It took me a very long time to get to the ending of the poem, though. I wanted a strong monosyllabic rhyme for the first and fourth lines of the last stanza. I wanted a hard consonant: a K or a T. Something with punch. But, I had no idea how to bring it to a close, how to say something about this woman while saying something about our country and its history.

It was pretty standard procedure for me. Sometimes, though, the form comes to me after the content.

Not long at all. I was thrilled when Blackbird gave it a home.

It varies. If I were to wait until I felt a poem was “ready” or “done,” I’d never send anything out. So I usually aim for some kind of moderate satisfaction with the poem before sending it out. Sometimes it takes years, sometimes only a few months, sometimes even just weeks.

The basic facts are true: Hughes’ grandmother lost two abolitionist husbands, the first in the battle at Harper’s Ferry. His grave is located in Ohio. And, it’s true that her second husband’s name was Charles and their daughter’s name was Louise. The rest is a product of my imagination—my ideas of what she’d say if she had the chance to communicate with her deceased husband.

I’d say yes. I think it tells a kind of story. Not a complete story, of course: but, I think that place, scene, and a particular chain of events make the poem narrative, in some ways.

Whitman and Hughes were obviously the biggest influences. Pound’s “The River-Merchant’s Wife: A Letter” was definitely an inspiration once I decided the poem needed to be a kind of epistle.

Not really. I’m pretty unaware of audience when I’m writing. In those early stages, my opinions and preferences are the only ones that matter. I’d get lost in anxiety if I thought too much about who would read my work or want to read my work. I do hope that my readers are interested in the ways traditional form and contemporary/timely content can work together without seeming old or stodgy.

NO (caps necessary). I’m super protective of my work when I’m actively working on it. If I get seriously stuck, I may ask a really close writer friend for suggestions. But, usually, I keep things to myself.

At the time, it was the only true persona poem I’d ever really written. That was new territory for me. And it really changed me as a writer: much of my new book involves taking on various voices that aren’t my own.

I hope the whole thing is American. I wanted to tap into something that spoke to the connections between our collective histories and personal histories, and how we negotiate national and personal trauma and tragedy.

I was moderately satisfied. That’s as close to finished as I ever get.