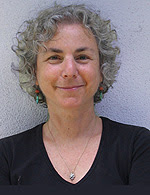 Well, I grew up in the 50's watching TV with DuPont's ads, "Better living through chemistry."
Posted by Brian Brodeur at 5:30 PM 10 comments: