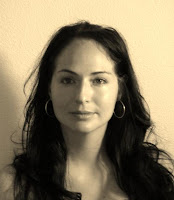 Neither. I never worked on it enough to abandon it, and “finished” I take to mean polished which in my mind requires time and care and attention. This poem, strangely enough, existed on its own without my having to do much to it. A terrible metaphor to explain: it was one of those woodland, four-legged creatures who stand up with the amnion still wet on its back.
Posted by Brian Brodeur at 6:08 PM 7 comments: