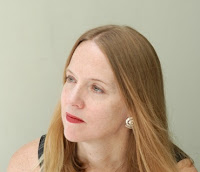 Sarah Arvio, a poet and translator, has lived in Mexico, Paris, Caracas, Rome and New York. Her first two books, Sono: cantos and Visits from the Seventh (Knopf 2002 and 2006), won her the Rome Prize of the American Academy of Arts and a Guggenheim Fellowship, among other honors. A third book, Night Thoughts: 70 dream poems & notes from an analysis, is forthcoming from Knopf in January 2013. Poems have been published in The New York Times, The New Republic, The New Yorker, and many other journals; several have been set to music. New works include translations of poems by Antonella Anedda in Chicago Review’s special Italian issue and in the forthcoming FSG Book of 20th Century Italian Poetry. For many years a translator for the United Nations in New York and Switzerland, she has also recently taught poetry at Princeton.

I swear by inspiration, and my poems have often come to me in a breath. "Animal" was both "received" and the result of tears—but not sweat. I wrote it in a moment of pain and anger, suddenly, around midnight one night, in about ten minutes.

After the first sweep of writing, I wrote some notes in the margin and then changed the lines as follows:

About two weeks later I typed the poem again, changing

Then it was done.

I feel that I run a risk by confessing that I write poems this way: someone might answer: well, you should have tried harder. For years I worked on poems endlessly, the same ones over and over. The Lowell/Bishop mode was an ideal—sensible, classical. But my labored-over poems did not come to life. One day I heard some words and began writing fast as though I were taking dictation: there was a poem. Since then, I’ve worked this way, concentrated on not trying.

Sometimes I’ve been too rushed to pick up a pen when I’ve heard lines on their way, and regretted the loss endlessly afterward.

Sometimes months or even years go by and I’ve written nothing. Then I’ll have a splurge. Or sometimes I try and try anyway, and nothing comes of it.

Like most of my poems, "Animal" is written in ten-syllable lines. Long ago, I taught myself to hear lines of ten, avoiding the regular beat of pentameter—and my poems fall into that shape—a sound shape. I’ve noticed that the stress often falls on the first and last syllables of the line. And sometimes the stress seems to be caused by the line break, as in "its bad accident oh."

I’ve shared my poems over the years with friends who are poets; these I showed only to editors. I sent them out right away, and two were taken for publication. Several months later, I saw a notice about the Boston Review annual poetry contest, which was offering $1500. I had never before entered such a contest but—short on cash—I decided to try it. I sent five poems; they were published later that year.

The judge, John Koethe, wrote a short introduction. In it, he said my poems are not autobiographical. This delighted and liberated me but isn’t true: every word I write is autobiographical, meaning that the feelings, images, stories and words come from my own experience—which includes what I know of the culture.

Writing "Animal," I was upset about the complicated destructiveness of people; I was wondering how we could be so different from the animals, so different from the marvelous natural world. But this is a sort of Rilkean myth: the real truth is that animals are as vicious and warlike and desperate as humans and we have no way of knowing how complex their thoughts are; we don’t know what they think or do not think as they run up a tree or lope across a field—despite scientific efforts to determine that.

But one thing is true: animals live in harmony with the environment, generally not destroying it, whereas most extant human cultures are wreaking havoc on the natural world, the habitat of animals. The poem is about longing for a home and wrecking our home.

I’m baffled by the difficult complexity of the mind—or the soul—not sure what to call this—as a condition of life.

Evoking the beauty of the world, I lament that living here, in the world, and in beauty, has been hard. Then the poem turns away from beauty toward joy—which are equivalents, beauty in the seen world being what joy is in the world of the heart.

And then I return to that sense of myself as a lost sad animal searching for a home—though of course I have already negated that animals are lost. So that seems to be the circle or paradox of the poem.

I want people to read my poems—people who are readers, even people who are not necessarily readers of poetry— to read them and feel moved. Since I want to feel moved when I read a poem, this is what I hope for in my readers: a kind of inner shapeshifting.

Yes, American—this poem and "Wood" may be the most American poems I’ve written. American in that they make no allusions or references to other cultures—except that the language carries references—words carry their origins.

I came to live in Maryland not long before I wrote "Animal," after many years in New York and Europe. I’m near the creeks of the Chesapeake, and surrounded by woods and fields and animals: just yesterday I saw a red-tailed fox crossing a field.

The poem is not written in American plain speech. Despite the spoken-word spontaneity, there are many Latinate words—animal, nervous, design, obtuse, randomly, viciousness, beauty, message—suggesting that the poem is conceptual—as well as being concretely heartbroken.
Animal is from anima, meaning breath, soul. The poem is about that. It is about me—my breath—my presence as an animal on this earth.

It strikes me that the poem is breathless, barely giving you a pause to take a breath.
The poem might be called a lament—with lyrical and narrative elements. Music and talking or telling. Talking in a musical way? A lament is also a monologue.

Since it is so spare, the emphasis falls on the lyrical aspects.
I’m analyzing my poem as though I were a newcomer to it; these are not thoughts I have as I write.

How does this poem differ from others of mine?

It feels rougher and more abandoned—in the sense of uninhibited. I may be using this word because I glimpse the word "abandoned," with its other and wholly different meaning, in the next question.

I do abandon poems, but those are usually not the ones I publish. Every now and then I come across an abandoned poem in my files and rescue it.
Posted by Brian Brodeur at 1:31 PM