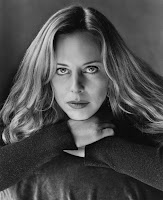 I'd rather watch you doing it than do it myself.
I'd rather hear about it. I want to be told.
I'd rather read about it. I'd rather just sit here.
Hold the mask over my face
while you do it to me.
I'll put on some music.
Now see how we grow aglow
so young and beautiful
all our capillaries lit up.

Days, weeks, months,
why not use them for something?
I’m heading for a head on.
I’m revving up my so-called self.
I know my life is meaning
less. Strutting around
for awhile until poof.

Everything gets more and more absurd.
The office and deskchair, the skin on the neck
eye cream, love, the handholding and bungled
attempts, watching the clock all night—2 am, 4,
then daylight, sitting in my dress again
with cup and plate.
To work to work then back again
to bed, another night.

I read Pessoa and he confirms
my worst suspicions.

I read the entertaining novels
and they make me happy.

I sleep beside the river.
The river often sleeps when I’m awake.

Sky, water, I have not had enough of you.
Better be shoving off again and into the night.

More and more it’s deliciousness I want
but all the time there’s less it.
What the hell do you think you’re doing?
You should find something definite to subscribe to
so as not to keep drifting tossed aimless through the world like this.
At the party Stanley said for now factor in
gratitude, narrow the zone and see your life
which is what we call it as if it were a real thing.
I wear my street clothes. I accept the parameters.
Don’t shout drink some wine at night
work is what is offered and sometimes love.
Another time there was ecstasy
though many things went laughably wrong.

Those who don’t feel
are happy
says Pessoa.

Those who don’t think.

The night has advanced.
We figure in it so slightly.

Down the ice chute we go.

Say goodbye to your eyes in real time.
Get ready, get set. Say good bye

to your synovial fluid. Your knees
will wear out in no time

In the middle of my wood, I found myself in a dark life.
The day was going toward the narrow place the blank.
No matter how many glasses of gin
it will get dark on this platform of earth.
When with your milk and fruit
when with your wine
when with your mirror and your little book
you sit tableside in the candelit clearing
when with your warm breath
are you sick
are you all done flirting
have you lost your appetites
no longer a girl but slinking around nonetheless.

He keeps me waiting
and I start hysteria just a little bit.
I start hysteria against everyone's advice.
I go into the street to drink air.
I've never been so thirsty in my life.
Another mouth, some fresh minted lips.
See, I can feel blue on half a bottle of jewels.
Sleep then wake then this then that day
and another night back on the bed
lying in an eros dumb and slackjawed.
The sound of hustling advances and retreats
as if someone were shuffling money
or unbuttoning a blouse.
Can you put that taffeta away now, please?
Please put it away.

As soon as he sits down I can tell I want to.
How long can I sit here not doing the thing
I want to do. All the youngish men all the etceteras
of desire etcetera.
There's a little hole in my boot.
Could you put your finger in it?
There is power in breathing.
There is power in a silent beat
before answering a question, in a leaning in.
Across the table his mind right there
behind his talking face.

We’re in a dirty place now
when we get together.
We made a nasty city
and have to live in it.
Before we were wider wilder avenues
but we made it too
cramped and ugly.
Nowhere to go to tea.
Only gin here,
and no god at any gate
and no goodness.

Now our bed is not ample not fair. Now
we don't have a bed
only this corner blackred and backlit.
Something of me is a blind point, something of him, too.
There's a little edge of pain here and we walk along it.
Don't cry, don't kiss me either, and also don't stop.
That's the way he looks when he wants to watch.
Why don't you go swoon yourself into some fantastic
mood music. I am a small cup with a twist
and you are liquid. A drink.
Another drink.

An emptiness of shoes, enough to overdose on,
some faded solitudes, fields,
wardrobes of dead people, wideleaved froth,
cool liquor, its quiet swirl in Andrew’s glass,
my desire to drink from it.
Remember the cleft of summer
how lithe it all looked, how august.
December is the season of which
the many facets and flats are made.
The flood of the dull with its million holes
interwoven with the honeysweet.
The return of the approaching year.
Now see what can be made into a narcotic goblet,
what can be made of dusk, its many openings.

About a year ago (February 2010). Like most of my poems, this one began with agitation.

Many revisions. The first published version wasn't the final version. I've just finished revising it in time for The Last Usable Hour to go to the printer (so the time elapsed between first and final draft was about a year).

I believe in a combination of inspiration and hard work. The emotional state that initiated the poem (and the first frenzy of writing it) were "received." Then there were the many necessary revisions - the poem was worked and reworked over many days and months.

I love the long sequence form. It allows exploration of the same subject from many different angles and the final result is prismatic - larger than the sum of its parts.

I gave a reading last spring at which I read this poem for the first time (just a few months after writing it). Mark Bibbins was in the audience and solicited it for publication in The Awl after the reading.

I rarely submit poems these days--but when I do, it's only after working them as far as I can. I'll send them out when they feel finished.

The emotions in the poem are all true; most of the narrative details are fiction.

I would say it's a sequence of lyrics that form a kind of narrative.

Pessoa (as noted in the poem), Emily Dickinson, Anne Carson. I'm sure there were others, but it's been awhile.

It's always someone different, depending on the circumstances under which a poem is written.

Yes. I'm fortunate to have a number of trusted readers (most of them poets) who read early drafts of my poems. I've come to rely upon the supportive criticism of these readers.

It's more expansive and audacious in tone, and the lines are more clipped. The rest of the poems in The Last Usable Hour are wispier and more dreamlike, with very few capital letters and virtually no punctuation. This sequence is composed largely of short declarative sentences. It feels more prose-like to me, though it's perhaps too compressed and elliptical to count as prose.

Hmmmm....it was written by an American? To me the sequence has a particularly New York feel, in its tone, setting, and attitude. But perhaps that's simply because it was written in New York.

I abandoned it when it felt finished.
Posted by Brian Brodeur at 12:11 PM