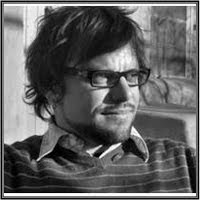 Josh Rathkamp was born in Saginaw, Michigan. He received a BA from Western Michigan University and an MFA form Arizona State University. His book of poems Some Nights No Cars At All was published by Ausable Press and is now distributed by Copper Canyon. His work has appeared in numerous literary journals, including Indiana Review, Meridian, Passages North, Puerto Del Sol, Gulf Coast, Sycamore Review, Verse Daily, and The Drunken Boat. Rathkamp has received awards from the Arizona Commission for the Arts and been named the Arizona representative for the National Arts and Letters Society and a Virginia G. Piper writing fellow. He is currently the Coordinator of Creative Writing at Mesa Community College.


WHAT'S WRONG WITH BEING HUMAN

I lived two houses down a dead end street.
When the river ran rough
we checked our basements.
We called to each other to help.
We hauled boxes up
from the dark like large fish.

When Mary or Mark or Helen died,
little by little,
we all did. We sent flowers.
The street took to looking
like a Cadillac. It grew bolder.
It grew rosy cheeks.

When Jack repainted, John
repainted, and the painters
ate lunch on the roof.

We said “it looks nice,”
nodding at our mailboxes.
We waved while shoveling snow
off the walkway no one walked
but the dogs and our manic-depressive mailman.

When we wanted an egg or a glass
of milk we drove to the store.
We stared out our windows.
Our children grew without parents.
We grew into speaking without words.

We thought our reflections
in the lamplight were only there
out of loyalty, and, if given
a chance, would run
like Mrs. Eddie's dead son
naked, through trees.

This poem started during the monsoons in 2005. I had been living in Arizona for three years and was still mesmerized by the way the storms blew in each evening. They came with pounding rain and a mile high sand cloud. They stayed like good guests, a few hours, and then vanished. They made me think of the storms of my childhood. In Michigan, it rained for months at a time, it seemed. All day long I’d stare out the window hoping for the sun to peek through. This poem was about a true event, the Saginaw flood of ’85. The Tittabawassee River (the one rumored to breed three-eyed fish) rose and every basement in my neighborhood drowned, except mine. How lucky we were. My Atari still sat waiting for me, dry.

So, my family spent the next few days helping our neighbors set up sump pumps and carry boxes. It was weird walking into people’s lives and seeing that kind of damage. Watching these new storms, ones that ripped trees up in minutes, reminded me of my old storms, my neighborhood, and the people there.

I started the poem easily with a statement about where I lived. I wanted to make it universal. I wanted this neighborhood to be every neighborhood. That is partly the reason I used specific names. Theodore Roethke and I share the same birth town, but it was just too much to use the name Theodore (sorry Theodore).

Once I started this poem, it came pretty easily. I think the repetition helped. Doubling back on words and phrases sometimes allows me to push forward in new and interesting ways. Most of my poems go through numerous revisions, mostly pacing, sound, syntax, nailing the words so they at least sound right in my head. Who knows what they sound like to others?

I worked on this poem for about a month. I usually fiddle with poems for a week or two then allow them to sit. If I’m still happy a month later, I call it a success.

I think most poems are “received.” I don’t like the idea that a writer has to sit and toil and sweat to get something good down. Of course, writing is sweat and work, but I don’t think it’s a must. The majority of my poems come in one sitting. I live with my first line or two for a couple days then sit down to write. I might not nail the ending, but I will discover my real subject in that one day. If I can’t uncover that idea, I find the poem falls flat.

Yes and no. I didn’t follow any formal rules of meter, but I had definite ideas of what I wanted to happen in the poem. The title could be a statement or a question and the short and precise lines sound a little robotic, just facts. I thought this worked well with the title and playing against both its possibilities.

This poem is about a place in which I no longer live. I wanted to be both a part of the world, by setting myself down in it (the inclusion of the “we”), but I also wanted to show the distance. I feel the form allowed for that “distance.” I incorporated all of the repetitions (almost every stanza has either a word or action or both repeated) and the listings, to call attention to the nature of our lives—how even when we live next door to our neighbors for years, we don’t even know the picture hanging in the entryway of their house (or at least I didn’t). The robotic/fact voice helped bring it all home.

The poem first appeared in the online journal The Drunken Boat in 2008. It took close to two years.

I send off in batches, usually a couple times a year. I pull all the poems I’ve written up to that point and send them off. I like a little time from completion of a poem to sending them out. Really, it’s just my laziness, although I like to call a lot of other things.

Yes, I’d be delighted. . . It’s important for me to ground the audience. This happens easily through fact. I use the world liberally. I take stories I hear, experiences I’ve had, TV shows I watch, and I start a poem. But, imagination, as Stevens said, is the “necessary angel.” I love that idea.

In “What’s Wrong With Being Human” everything could be true, but most isn’t. We had a painter paint our house. In college, I painted houses and we liked to eat our lunch on the roof. It was much better than sitting in the grass. My town was a GM town. All my friends’ parents worked the line in the factories. So, of course we needed a Cadillac in the poem. We needed a car that was glitzy, at least for Saginaw in the 80’s. The mailman wasn’t manic depressive but the idea of sadness of the people needed to contradict the happiness of the things in the poem: the newly painted house and the rosy Cadillac. I use whatever I possibly can, imagination or reality, to make meaning. My goal is to hopefully hop from one to the other seamlessly.

Yes. Although time line isn’t sequential in my mind, the poem is a story of a neighborhood. I think the ending speeds up the timeline and also halts it. The actions could be years apart or the same day. Maybe you could call the poem a lyrical narrative. Call it whatever you want. I just hope someone likes it.

I think all good poetry is truthful. Call it “just” or “ethical.” I want to read poetry that touches me, line break, in the heart.

To be honest, I don’t remember who I was reading at the time. I just finished graduate school. I was inundated with new poets. I’m surprised I even remember when I wrote the poem. But, I am consistently jealous of Larry Levis’ poems.

No. I just picture myself giving me a thumbs up, a little wave. He has a beer in hand. He takes a sip and then offers it to me. He can’t even crack me a fresh one.

My first rule for a girlfriend/partner/lover/wife is she must be able to listen to the same poem thirty or forty times. I find this rule only allows for relationships that last about three weeks. But, I am lucky enough to have Norman Dubie as a friend and mentor. He sees every one of my poems before each goes out to the world.

The voice is different, more robotic and fact driven. The sensibility is the same. I hope my poems question the world and share small insights into what connects us to each other.

Me. The subject matter. My town. Saginaw was the smaller Flint and the smallest Detroit. What happened in the bigger towns trickled down. I remember hand-written notes on my friends’ doorbells that said “Don’t Ring!!!!” Their mothers or fathers worked third shift and slept after school. We’d be hushed and told to go outside to play.

So, we did. We grew up outside of our houses. In a way, that is how we all must feel at times—we live so far outside our homes, our communities, our families, our kids, our loves—it’s nice every once in a while to be told to come back inside.