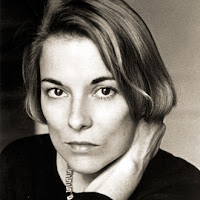 Elizabeth Spires is the author of six collections of poems: Globe (1981); Swan’s Island (1985); Annonciade (1989); Worldling (Norton, 1995); Now the Green Blade Rises (Norton, 2002); and The Wave Maker (Norton, 2008). She has also written six books for children, including The Mouse of Amherst (FSG, 1999) and I Heard God Talking to Me: William Edmonson and His Stone Carvings (FSG, 2009). The recipient of a Guggenheim Fellowship and a Whiting Writer’s Award, she is a professor of English at Goucher College in Baltimore where she directs the Kratz Center for Creative Writing.
CEMETERY REEF

Walking down the beach, I took your arm.
The treatments were over. Your hair was growing back.
For a week, time lay suspended. And yet, too fast,
too soon, everything was changing to memory.
But your arm was real when I touched it, real flesh and blood.
We were talking about doctors when I saw the blowfish,
green as the greenest apple, puffed-up and bobbing in the shallows.
But when I looked again, it was only a pair of bathing trunks,
ballooning out, aimlessly knocked back and forth by the tide.
Ahead, the cruise ships lay at anchor in the harbor.
At noon they’d slip away, like days we couldn’t hold onto,
dropping over the blurred blue horizon to other ports of call.
The hotels we were passing all looked out to water,
a thousand beach chairs in the sand looked out to water,
but no one sat there early in the morning. And no one
slept in the empty hammock at the Governor’s House,
where workmen in gray coveralls raked the seaweed into piles,
until the sand was white and smooth, like paper not yet written on.

All lies in retrospect now: how, each afternoon,
we put on masks and fins and swam to Cemetery Reef.
The coral looked like brains and flowers, like unreal cities
of melted peaks and towers, pointing up to where the sun,
flat and round as a host, lay dissolving on the water.
Schools of fish, bright as neon, ragged as flags,
drifted directionless with the tide, or swerved
and hid from our reaching hands in beds of waving kelp.
We breathed through snorkels, did the dead man’s float,
the hollow rushing sound we heard inside our heads
our own frail breath going slowly in and out. Farther out,
the shallow reef dropped off to chasm, the waves
choppy and thick, the calm clear water darkening to ink.
How far could we swim before exhaustion took us,
before a shark or barracuda rounded a cornerless corner
to meet us eye to eye? My mind circled back to our dinner
in the Chinese restaurant: the waiter bringing six cookies
on a plate, alike in every way, except that one, just one,
contained a different fate. Wealth, long life, happiness,
the plate was passed around. Then your turn came.
You chose one, broke it open, read aloud,
Soon you will cross the great water, dropping it, as if stung.

And then, too quickly, it was the last day.
Dreaming, we all came to. We were back at Cemetery Reef,
walking a narrow path of broken shells toward the shining water.
Off to one side, a low stone wall squared off the cemetery,
the dead buried aboveground in white weathered slabs,
their plots neatly surrounded by smooth white stones.
Morning of all mornings, you swam out to the reef alone,
came back. Gathering our things to go, what made me say,
When we come back. . . . All lies unanswered now.
I remember how the flowers on the graves were red
and white plastic, the color of flesh and blood, of regret,
of paper not yet written on. Put there, In Memory.
In a colder place, we would soon—unwilling, stunned—
remember you with the kind that always die.

The poem was written in 1999. The inspiration for it was a trip I took with my mother and family to the Cayman Islands in 1998, two months before my mother’s death from lung cancer.

I can’t locate the drafts at the moment, but usually a poem takes me thirty-five to forty drafts, sometimes more. I work on a poem every day until it is finished, sometimes doing two or three drafts a day.

A poem for me is both. It begins in a moment of inspiration with an image or musical phrase or dramatic scene. Sometimes the first draft contains the seeds of the final version, but only in the most inchoate, fragmentary way. But it is only after days and weeks of hard work that a poem seems realized, ‘whole,’ and finished.

Some poems more than others depend on sound and repetition and image patterns. In “Cemetery Reef,” I was conscious of employing repeating syntax that contributed to the rhythm of the poem, of relying on internal and end rhymes, and of working with images that were related in some way. I wanted there to be a sense of metamorphosis and transformation in the poem. For example, the white sand of the beach is compared to “paper not yet written on.” Later, the “white weathered slabs” of the graves are meant to call back or mirror those earlier images.

The poem appeared in Poetry shortly after it was finished.

I usually know by instinct when a poem is finished. At a certain point, I stop revising and send it out into the world. I have no problem letting go.

Everything in “Cemetery Reef” is “true.” By true, I mean that it all really happened, including the scene in the Chinese restaurant. I should add that, in general, I don’t believe one has to stick to the literal facts in a poem, but in this case, the actual experience was so potent and powerful that I did not need to embellish it or reinvent it in any way.

Not really. I simply try to satisfy myself (which is not so easy to do).

I don’t show my poems-in-progress to anyone. I have one friend, a retired professor at Vassar who was one of my first writing teachers, that I send my finished poems to before they are published. He basically has everything.

It’s one of the most personal poems I’ve ever written. And it’s one of the ones I’m most proud of. I can’t say why. It just feels as if all the elements came together in the way I was hoping they would.

Posted by Brian Brodeur at 9:59 AM