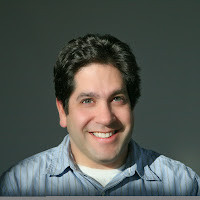 Matthew Lippman’s second collection of poetry is Monkey Bars (Typecast Publishing, 2010). His first collection, The New Year of Yellow, won The Kathryn A. Morton Poetry Prize from Sarabande Books. It was also a finalist for The Patterson Poetry Prize in 2008. He has been a recipient of a Michener Grant and a New York Foundation for the Arts Grant. He lives in Boston with his family and teaches at Beaver Country Day School.

There was Jack and Lucinda,
who spent three years building banjos
that neither of them ever played
but the plants flourished in their stinky apartment near Gowanus
so who cared.
The question persisted:
Who the hell am I
and what the hell have I done?

Then there was Katie and Todd who loved
caviar and sparrows.
They wanted to have a kid and thank fuck they didn’t.
When Katie left she blew up Todd’s motorcycle
and the neighborhood kids ran down the block for a second
to see the debris
then went back to their basketballs and bong hits.

I wanted them to make it
for everyone on the planet. I wanted her cancer and his insatiable desire for obese ladies
at the Target
to be beaten into death;
to prove to the 21st century TV newscasters
that nobody knew what the hell they were talking about
when they newscasted on TV
that marriage was dying like an obese lady
in the lingerie department
at the local Target.

It felt weird,
like people weren’t getting divorced,
but more, like they were dying—
crawling into the earth with the worms and roots
to hide away in horror
while their children ran to the school bus and the Batmobile
and the EZ Bake oven that, of course,
could never, ever, ever,
catch fire.

It made me want to beat up my mailman
and the woman who sold me my internet cable
and the telephone guy, Lou,
like all of this was some reflection on how we had forgotten to talk
to one another.
But it wasn’t.
It was age.
The age of worn out marriage pants,
untended. One leg torn at the knee,
the other, burned out in the crotch.
It was bad cloth, warped stitching, inseams with no in
and I knew it.

And then I got hitched.

Eight years later,
my buddy Stu said to me:
How do you stay connected?
I said:
You want to stay close, stay close.
You want to be in love,
be in love.
It’s like watching TV
Like ping pong after dinner.
You pick up the clicker, you pick up
the paddle.

But who the hell was I?

Some mornings I get up and can’t tie my shoes.
I’m forty-four years old and can’t toast the seedless rye.
My kid cries because her hands are wet;
my wife undresses in front of open windows.
What am I supposed to do?
I wake up.
I say good morning.
I put on my pants.

There was a period last summer when a lot of people close to me started to get separated and divorced. That was the impetus for the poem. The poem was composed at night, late at night, but the first line had jumped into my head a few days before, “I don’t know when the shitstorm of failed marriage took off…” I was driving somewhere and it just popped into my head.

The poem when through two maybe three revisions. I work quickly. I would say the poem was done in a few days.

I do believe in some kind of inspiration. When that line slipped out of my head it slipped out for a reason. It was received, that first line, but that’s it. The rest of the poem just followed. I tend to get into a groove when I write a poem, try and keep all of my imaginative doorways and alleyways open, accessible, so I work from that place. I think there are maybe three poems that I have ever written, out of thousands, that were received.

I would say, if there is any technique, it’s that groove that I get into. I work out of a groove-place. When I am deep in it, the best poems come. “Marriage Pants,” I like to think, came out of a deep-in the groove-place. So, yes, I did consciously employ this technique. I always do when I sit down to make a poem. The Groove.

About ten months. Wrote it in the summer of 2009 and it came out in The American Poetry Review the spring of 2010.

Sometimes I let them sit for years. Sometimes I send them out the next day. I don’t have any rules. I work off of impulse and feel.

Everything in my poems begins from some imagined or lived truth, situation. Then, they devolve, or evolve, into a lie. That’s a crude way of saying I try and let my imagination infuse the moment to suck out the boring details and spark it up with some flavor. So, a poem is a mixture of something factual and something fictional that comes out of the factual. For me, making stuff up has become the most fun part of writing a poem.

Yes and no. There are little stories in it that play off the main conceit. The first few stanzas tell little “tales” about certain real/made up couples who eventually split up.

Poetry is just a bunch of language that tries to emulate dream-life. I don’t know if it’s moral or not. I do know that it is a gift that always makes people feel better. So, if that is “right” than, yes, poetry is moral. I did not mean for “Marriage Pants” to come across as some kind of morality tale. I write at the end that I don’t know anything about other people’s married lives. I just know that I work really hard at being married, at marriage, and that is very important to me even though I fuck up all the time. The poem is more about observation and reflection than anything else.

I was reading an assortment of poetry. We have a great poetry section at our local library that gets a ton of new books on a continuous basis. Some of the poets—Sarah Gambito, Barbara Hamby, Jim Harrison, Matt Hart—come to mind.

High school kids. Then, adults who I hope can access their high school selves when reading and listening to my poems.

My wife is the person who sees most of my poems. I show some to Michael Morse and Matthew Dickman, two poet friends of mine, but just to show. There’s not a lot of feedback happening.

I don’t think anyone read “Marriage Pants” before I let it out of my closet.

I don’t know. I live in America. I don’t mean to sound glib, but I don’t think there is anything in the poem that is particularly American except that there are statistics about divorce in this country that are part of my consciousness.