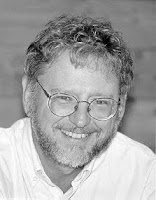 William Greenway’s ninth full-length collection, Everywhere at Once (nominated for the 2008 Ohioana Poetry Book of the Year Award), is from the University of Akron Press Poetry Series, which also published his seventh collection, Ascending Order (2003), winner of the 2004 Ohioana Poetry Book of the Year Award, and I Have My Own Song For It: Modern Poems of Ohio (2002), which he co-edited with Elton Glaser. His eighth full-length collection, Fishing at the End of the World, is from Word Press (2005). He has published over six hundred poems in periodicals, including Poetry, American Poetry Review, Georgia Review, Southern Review, Poetry Northwest, Shenandoah, and Prairie Schooner. He has won the Helen and Laura Krout Memorial Poetry Award, the Larry Levis Editors' Prize from Missouri Review, the Open Voice Poetry Award from The Writer's Voice, the State Street Press Chapbook Competition, an Ohio Arts Council Grant, and was 1994 Georgia Author of the Year. He’s Professor of English at Youngstown State University, where he has been awarded a Distinguished Professorship in Teaching and three in Scholarship.

There are only a few left, he says,
kept by old Welsh miners, souvenirs, like
gallstones or gold teeth, torn
from this "pit," so cold and wet
my breath comes out a soul up
into my helmet's lantern beam,
anthracite walls running,
gleaming, and the floors iron-rutted
with tram tracks, the almost pure
rust that grows and waves like
orange moss in the gutters of water
that used to rise and drown.
He makes us turn all lights off, almost
a mile down. While children scream
I try to see anything, my hand touching
my nose, my wife beside me—darkness palpable,
velvet sack over our heads, even the glow
of watches left behind. This is where
they were born, into this nothing, felt
first with their cold noses for the shaggy
side and warm bag of black
milk, pulled their trams for twenty
years through pitch, past birds
that didn't sing, through doors
opened by five-year-olds who sat
in the cheap, complete blackness listening
for steps, a knock. And they
died down here, generation after
generation. The last one, when it
dies in the hills, not quite blind, the mines
closed forever, will it die strangely? Will it
wonder dimly why it was exiled from the rest
of its race, from the dark flanks of the soft
mother, what these timbers are that hold up
nothing but blue? If this is the beginning
of death, this wind, these stars?

When I was in Wales one summer, I decided to go down into the “pit” that was probably the same one my grandfather had to work in as a small boy. It was now a museum, and I expected a typical touristy mock up of a real coal mine. Not so. And after the cage dropped us only a few feet, and the temp dropped, and the dampness rose around us, it rose in our hearts, too. This was not going to be a picnic: try walking stooped over like Groucho Marx for miles. I thought the experience would yield a powerful poem, probably centered around my grandfather, working twelve hours a day opening the fire-doors to let the ponies pull the trams full of coal to the pithead. When our guide, a former miner, made us turn off all light—well, if you think you’ve been in the dark before, you were wrong. I paraphrase Milton’s description of hell: “darkness visible.”

So when I got back to the states, I planned to let the experience simmer into a poem. But when I felt I had finally assimilated the experience, the plight of the young boys dissipated and left me with only one vivid memory—seeing the stables carved out of the rock so deep underground where the ponies were born, worked, and died. It was something I couldn’t get out of my head, especially when we were told that when the mines closed, those ponies that had never seen the world above ground were brought up.

What did they see? And how did they feel about it? (One student perceptively discovered in it a version of Plato’s “Myth of the Cave.”) The Welsh poet Meic Stephens writes about how the ponies, after being initially stunned, begin to run and gambol in the sunshine in a kind of pony heaven. And I think my poem started that way. But as it proceeded, the poem swerved into a sadder version of the afterlife, as others of my poems have, perhaps recalling those discussions I had with my stern Southern Baptist preacher father, whose descriptions of heaven seemed unbearably boring and sad. A loneliness and longing for his dark world was all the pony could feel. Later I heard a Welsh proverb that said, “A chicken that is reared in hell, there it wants to stay.” So maybe my sensibility is a Welsh inheritance.

It seemed to go pretty fast and sure-footedly, probably because it had marinated so long.

Most of my poems are received, though I suspect I’m writing all the time at the subconscious level, which the Greeks used to call the Muses.

No, free verse from the get-go, probably because so many of my poems are narratives, which, I think, need a little more elbow room than would be allowed by, say, couplets, or rhyming quatrains.

Big time. Many of my poems are stories—I like stories in poems, and perhaps because my Southern family had a lot of stories to tell, I’ve always liked to record as much of it as I can.

I wrote it as my second book with Breitenbush was going to press, but when the editor, Jim Anderson, saw it, he determined to squeeze it in.

I work on a poem pretty hard for about three days, and then I get sick of it, probably because I’ve lost touch with the original urgency, and feel that that’s when you can screw up something that’s probably as good as it’s going to get.

I usually stay pretty close to fact since I have no imagination. If it hasn’t really happened, I can’t fabricate what hasn’t.

James Wright for style, but James Dickey gave me permission early on to write about my little life in Georgia, and that perhaps somebody else might be interested in it.

No. I’ve got enough distractions as it is; somebody looking over my shoulder would spook me. I’m Staffordian: for those of you who like this sort of thing, this is the sort of thing you will like.

Now everything gets vetted by my former editor and terrific poet and critic Elton Glaser. If something sucks, he tells you right out, but if he likes something, you can take it to the bank. He’s made me a better poet, and doesn’t let me get away with anything.

It is actually quite similar to a number of others. It wants to be empathic, and would like to be more consoling, but a certain lugubriousness in my nature won’t let it. I’m an Eyore, and get my poetic juice from the sad, bitter, or angry. As Larkin says, “Deprivation is to me what daffodils were to Wordsworth.” Here’s another poem about an animal heaven that turned lonely and sad:

A LITTER OF KITTENS

Two we gave away, two
live fairly happily in our backyard,
but the other eats fish with oyster-
pearly flesh, and licks spring
water from a tap on the pier
where, in the early azure morning,
old men in black berets, smoking
briar pipes, clean their catch,
the dark wet boards flecked
with blue scales.

They stroke her with crusty hands
when they leave for their homes
in the inland mountains of a soft pink haze.

Alone, she stretches in the sun all day
and watches the white gulls flying.

It takes a naïve, almost Jamesianly innocent perspective on events or situations that are commonplaces abroad.

Mine are usually abandoned after a few days. I’m ready to move on.
Posted by Brian Brodeur at 11:22 AM