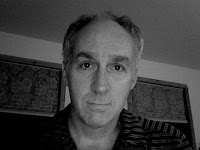 Everybody’s father dies.
When it happens to someone else, I send a note of sympathy
or at least an e-mail. It’s certainly worth the bother.
But when my father died, it was my father.

Three hours before he died
my father felt he should have an answer
when I asked what he might like to eat.
He remembered a kind of chicken salad he liked
weeks ago when living was more possible
and he said “Maybe that chicken salad”
but because of the blood in his mouth
and because of his shortness of breath
he had to say it several times before I understood.
So I went out and bought a container of chicken salad,
grateful for the illusion of helping,
but when I brought it back to the apartment
my father studied it for thirty seconds
and set it aside on the bed. I wasn’t ready
to know what the eyes of the nurse at the Hospice
had tried to tell me before dawn, so I said
“Don’t you want some chicken salad, Daddy?”
He glanced at it from a distance of many miles—
little tub of chicken salad down on the planet of
slaughtered birds and mastication, digestion, excretion—
and murmured “Maybe later.” He was in
the final austerity
which I was too frazzled to quite recognize
but ever since his death I see with stony clarity
the solitary dignity of
the totality of his knowing
how far beyond the pleasure of chicken salad
he had gone already and would go.

My father died in August 2003. In the days following his death I did a lot of notebook writing, trying to hang on to some of the countless details of his final weeks and especially of his last two days; I was afraid these troubling memories would soon get mixed up, and I knew I would want to keep hold of the truth of the experience as I perceived it. A few of my notebook jottings became the factual or anecdotal centers for drafts of poems. Eventually I gathered nine poems about my father’s dying to include in Keep This Forever. I think “Chicken Salad” was one of the first written of these poems.

Not sure, but I think the poem came more or less all at once, handwritten, and then got revised slightly when typed on computer, which may have happened more than two years after I drafted the poem. I think I needed to let time pass before publishing poems about my father’s death.

I tried to make the narrative part of “Chicken Salad” entirely factual. I’m not aware of having simplified or “smoothed out” or mythified any of the details. Sometimes we have to do so in order to give a poem shapeliness and metaphorical rightness and impact; but in this case I felt the true details were what I needed.

My impression is that many of my best short poems arrive very quickly in a first draft that then will be changed only in fairly small ways; however, in such cases the writing has been preceded by a great deal of brooding over the scene, the images, which have been riding around in my head (and also maybe in factual notebook jottings) for weeks or months.

I remember deciding that I would allow myself to use a series of abstract words—austerity, clarity, dignity, totality, knowing—toward the end of the poem’s narrative part, because this seemed necessary for accuracy about my father’s state of mind and my own perception of it. Sometimes a careful interaction among abstractions can have poetic power, partly because it cuts against the reader’s traditional expectation of vividly metaphorical words.

Another difficult decision was about whether to keep the passages at the beginning and end which frame the narrative part. When Peter Stitt accepted “Chicken Salad” for The Gettysburg Review, he asked me to drop the framing lines. In his view, they diluted the impact of the narrative. I understood his way of seeing this, and I agreed to publish the poem without the framing lines, but I knew I would restore them when I put the poem in a book. I felt they were an important acknowledgment of the inescapable gap between the vast importance of one’s own losses to oneself and the distant or very temporary small importance of most other people’s losses.

I first submitted “Chicken Salad” to a journal in March 2006. I think I felt confident about the poem then. In some cases, though, I send out a poem when I’m not yet confident but I want to see what happens, I’m using the submission process as an effort to get new perspective on the poem. I wish I could resist this temptation, but sometimes I don’t.

The main middle part is unmistakably a narrative of one small event on the last afternoon of my father’s life, along with a reference back to a moment early that morning, and a glance forward into many moments of remembering this day. The narrative part is framed or “bookended” by statements in a declarative, explanatory tone.

Many of us who are now in our fifties, or sixties, have had to write poems about our parents dying; I have encountered a lot of these poems in recent years, including many strong ones. “Her Creed” by Sharon Olds, “Mediterranean” by Rosanna Warren, “Cold Wood” by Alan Shapiro, “The Passing of Time” by Mary Ruefle, “Under the Pines” by Tom Sleigh, “Benevolence” by Tony Hoagland, “The Last I Heard of My Father” by Dean Young–these are just a few good poems that come to mind. I’m not sure what specifically influenced my poem. There’s a tone in Yeats’s “Lapis Lazuli” that for some reason comes to mind when I think of the tone I wanted in “Chicken Salad”.

I always hope to be readable by those readers out there—they do exist!—who don’t focus their identities in being poets or being part of the poetry scene. The intelligent, reflective, skeptical but generous reader, someone not snowed or intimidated by confusing flimflam, someone who feels human life is an amazing mystery and wants to absorb someone else’s intensely intended “take” on an aspect of the mystery—that’s the reader I love!

No, not any more. I should show all my drafts to my wife, the poet J. Allyn Rosser, as I know she could save me from some follies, but often I don’t want to face her critique.

It’s true that “Chicken Salad” would look more unusual in a British journal than in an American journal. We Americans tend to have a gut-level confidence that the details of the individual life will be worthy of attention—“I’m just as important as anybody else!”—a confidence that comes less naturally to British poets, and so (I think) they are less willing to sound nakedly colloquial.
Posted by Brian Brodeur at 1:31 PM