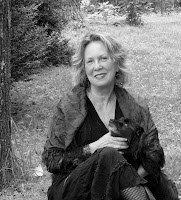 Kathryn Stripling Byer was raised in southwest Georgia and studied with Allen Tate, Robert Watson, and Fred Chappell in the MFA program at the University of North Carolina, Greensboro. Since 1968 she has lived in the mountains of North Carolina, teaching off and on at Western Carolina University. Her first book, The Girl in the Midst of the Harvest, was chosen by John Frederick Nims for the Associated Writing Programs award series and published by Texas Tech University Press in 1986. Her second, Wildwood Flower, was published by LSU Press(1992) and was the Lamont Selection for the year's best second book from the Academy of American Poets. Her other books include Black Shawl (1998), Catching Light (2001), and Coming to Rest (2006), all from LSU Press. Her awards include a National Endowment for the Arts Fellowship and the Hanes Award from The Fellowship of Southern Writers. Her poetry and essays have appeared in journals ranging from the Atlantic Monthly to Appalachian Heritage. Her latest collection is a collaboration with poet Penelope Scambly Schott, due soon from Ash Creek Press in Portland, Oregon. For the past five years, she has served as North Carolina's Poet Laureate. To learn more about Byer please visit her blog and her website.

“... the passageway down which they had just gone
was bright as the eye of a needle.”
—Eudora Welty, Losing Battles

So we’d gathered to talk about writing,
remembering great ones who’d recently gone
from our midst and the various ways
they had followed each voice through

the needle’s eye into the clearing of art,
when a novelist slouched
on the front row opined
that the only real subject is battle

and how men survive it.
I seethed while my student poets,
all of them women, sat waiting for someone
to challenge his vision of literature,

belligerent canon
where warring tribes battle it out
in their epics and blood-spattered novels.
“Miss Welty,” I countered, “stayed

clear of the battlefield, if you recall.
She sat down every day at the same desk
and made language raise the world up
from the grave of our common amnesia.”

He barely acknowledged
my comment. He wanted to flirt.
with my students. He shrugged at me,
stood up and showed off the fit

of his tight jeans. My god,
what a chasm he opened up right there
between us: we stared like combatants
across the trench, loading our weapons,

his now on full frontal display,
along with a first novel already lobbed
to reviewers by Random House. As for me,
middle-aged poet, what were mine?

Precious little. The shot I recalled
having seen months ago of a woman my age
holding up to the camera a photo of daughter
or sister or good friend who’d disappeared

into the rubble of felled towers, the same woman
I had seen sifting through ruins in Fallujah
or Kabul, even now cringing
when she hears the gunfire in Baghdad,

a woman who stares back at me
when I’m dusting my daughter’s face
framed on the shelf,
smiling out at a day that’s been gone

for so long I can barely remember it,
nothing much going on, no bombs,
no fireworks, just late summer afternoon
and the dogs asleep under the oak tree.

This poem began after a writers conference in Asheville, NC to which I took a small group of women students. Eudora Welty had just died, and we spent a portion of the morning session talking about her work, so her influence was much on my mind as the rest of the day unfolded. Welty's lyrical short stories helped to shape my sense of how language can create a world that pulses at the center of the lyric moment. “The Wide Net,” in particular, really woke me up to the kind of writing I wanted to attempt; by then, I knew I wanted to write poetry, not fiction, but I also knew I wanted my poetry to sound as much like Welty’s wide net as possible.

The fiction writer, made much younger and more successful in the poem, actually said that war was the story, expressing his regret that he had never experienced war first-hand. I countered with E. Welty's never having been to war, yet being one of our greatest American writers. My students were appalled by his attitude, and over the next few weeks, we kept spiraling back to this incident in our discussion. The poem began out of my initial irritation and growing frustration at not having spoken more forcefully and eloquently that day.

It went through more revisions than I can remember. I’d lose count if I tried. I wanted to bring Welty into the poem somehow, thus the epigraph from her novel Losing Battles and the introductory lines about her passing. As the poem shape-shifted over a year or more, its texture became denser and its narrative less simplistic. It finally became a way for me to defend my stance, you might say, as I enter my late middle-age, challenged by younger, more successful writers, represented by the poem's novelist in his tight, enticing jeans.

That day at the writers conference was definitely “received,” but I had to work hard to bring that incident to life in a way that worked on more levels than the basic narrative. Sure, I went home and bitched about this encounter to my husband and friends, but ranting won’t take you very far. At some point—the sooner the better—language has to begin its transformative work, teasing out connections and images, probing deeply enough to make the poem worth working on and finally worth reading.

This poem arrived in final form by leading me into one dead end after another! At one point I didn’t think I’d ever be able to consider it finished. Slowly several stanzas began to interweave. I remember the image of fireworks coming on during one 4th of July, how our dogs were driven crazy by the sounds, especially the echoes resounding through the valley. The images of 9/l1 were still fresh in my mind, as well as the earlier images of women in Palestinian refugee camps. At the same time I was also wrestling with the poem “Her Daughter,” (also in Coming to Rest) taking as its subject civilian casualties during the US bombing of Baghdad. These images began to seem more and more powerful as an answer to the war-loving novelist than any way of responding. The image of my daughter in my favorite photograph of her suddenly appeared near the end of the poem, along with the dogs sleeping under the oak tree.

I wanted a flexible line that would allow me to gather in as much material as I needed, but that line has never been able to free itself of my natural bent toward the anapestic. Don’t ask me why I fall into a tri-syllabic rhythm. Maybe that’s how my circulatory system hears the beat of my blood. Breaking the lines into quatrains was a later revision, one that helped me to focus more intensely on lineation and internal rhyme.

It first appeared in my collection Coming to Rest, and I’d say the time between final revisions and publication must have been two years. I don’t know that I ever sent it out to a magazine. If so, I’ve forgotten. How long do you let a poem “sit” before you send it off into the world?

I have no rules. If a poem feels finished, maybe I will send it out eventually. I’m not as driven about submissions as I was in my younger days. I’m trying to generate the energy to get back into the hustle, but I have very few journals that I feel good about sending to, which simply means that by now I know which editors like my work and will give it a careful, sympathetic reading.

Well, this poem began as a real event but had to be fictionalized to avoid getting myself into trouble with the novelist, who was at the time an older colleague. He doesn’t read poetry, so I probably needn’t have worried, but turning him into a brash young novelist with a first book out from a major NY press allowed me to address some of my own defensiveness as an aging woman poet confronted with an indifferent younger man, and a novelist, at that. A so-called friend once asked me after my first collection was published, "When are you going to write a real book?" I'm confronting myself as much as the young novelist in the poem, my fear that what I'm doing doesn't really matter that much anyway.

It certainly begins as one, but it shifts into a more reflective mode around the middle.

I'd been reading Ruth Stone, for one. And Barry Lopez, whose work I consider essential. And of course I was reading lots of commentaries about the selling of the Iraq War and the reports coming out of that besieged country.

I try not to think about an audience, especially my “ideal reader,” who is my husband. I’d be self-critical to the point of paralysis if I did. I let the language itself guide the poem. The only reader I care about at that point is the interior listener/reader.

No, I didn’t let anyone see it. I did read an earlier version of it at a reading in Atlanta and heard some things I didn’t like. The poem obviously was not ready. I’ve no group with whom I share work regularly.

It takes on political issues rather than mostly personal ones, though the two always intersect.

The reference right away to Eudora Welty places it in the American sway of influence, I guess you’d say. And the later allusions to the Twin Towers falling and the Iraq War root it in recent American sensibility.

I came to feel I’d done all I could with this material, so I guess I’d declare it finished. I enjoy reading it aloud; the audience seems to like it, especially women. Especially the reference to the novelist’s tight jeans! Yes, I think I definitely had the last word in this confrontation.
Posted by Brian Brodeur at 12:52 PM