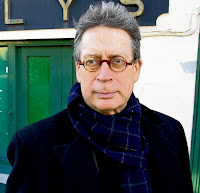 Richard Tillinghast is a poet, translator and essayist. Originally from Memphis, Tennessee, he now lives in rural County Tipperary, Ireland. He is the author of ten books of poetry including Selected Poems and Sewanee Poems (2009) as well as The New Life (2008). A recent book of essays, Finding Ireland: a Poet’s Explorations of Irish Literature and Culture, was also published in 2008 by the University of Notre Dame Press and received ForeWord magazine’s Book of the Year Gold Award for travel essays. His poetry has appeared in Irish, British, and American periodicals including the American Poetry Review, Atlantic Monthly, Harvard Review, Hudson Review, Irish Pages, The New Republic, The New Yorker, Paris Review, Poetry Ireland Review, Poetry London, Poetry Wales, and PN Review. Poems of his have been selected for both The Best American Poetry and The Best of Irish Poetry. In 1995 the University of Michigan Press brought out Robert Lowell’s Life and Work: Damaged Grandeur, a critical memoir; Lowell was Tillinghast’s teacher at Harvard, where he received his PhD in 1970. With his daughter, Julia Clare Tillinghast he has translated from Turkish the poems of Edip Cansever, which were published in 2009 by Talisman House under the title Dirty August. He is a 2010-11 Guggenheim Fellow.


WAKE ME IN SOUTH GALWAY

Wake me in South Galway, or better yet
In Clare. You’ll know the pub I have in mind.
Improvise a hearse: one of those decrepit
Postal vans would suit me down to the ground—
A rust-addled Renault, Kelly green with a splash
Of Oscar Wilde yellow stirred in to clash
With the dazzling perfect meadows and limestone
On the coast road from Kinvara down to Ballyvaughan.

Once you’ve got in off the road at Newquay
Push aside some barstools and situate me
Up in front by the door where the musicians sit,
Their table crowded with pints and a blue teapot,
A pouch of Drum, some rolling papers and tin
Whistles. Ask Charlie Piggott to play a tune
That sounds like loss and Guinness, turf smoke and rain,
While Brenda dips in among the punters like a hedge-wren.

Will I hear it? Maybe not. But I hear it now.
The smoke of the music fills my nostrils, I feel the attuned
Box and fiddle in harness, pulling the plough
Of the melody, turning the bog-dark, root-tangled ground.
Even the ceramic collie on the windowsill
Cocks an ear as the tune lifts and the taut sail
Of the Galway hooker trills wildly in its frame on the wall,
Rippling to the salt pulse and seabreeze of a West Clare reel.

Many a night, two octaves of one tune,
We sat here side by side, your body awake
To a jig or slide, me mending the drift of a line
As the music found a path to my notebook.
Lost in its lilt and plunge I would disappear
Into the heathery freedom of a slow air
Or walk out under the powerful stars to clear
My head of thought and breathe their cooled-down fire.

When my own session ends, let me leave like that,
Porous to the wind that blows off the ocean.
Goodbye to the company and step into the night
Completed and one-off, like a well-played tune—
Beyond the purified essence of hearth fires
Rising from the life of the parish, past smoke and stars,
Released from everything I’ve done and known.
I won’t go willingly, but I’ll be gone.

Sometime in the late 90s. I was thinking that one of the few privileges a writer has is to write his own life story, and in this case, to say how he would like his funeral or wake to be conducted. Not that I expect for even one minute that all this will happen after I’m gone. I wrote it in the pub described in the poem while listening to Irish music, then revised it.

I revised and revised, but I don’t remember how long it took, how many drafts, etc. You just keep working away till you’ve got it right.

If I may rephrase your question, I don’t exactly “believe” in inspiration, because it is a reality for me. I live by it. I experience it. The poem was received and then it had to be written.

At some point early on it was clear that the poem needed to be in rhyme and meter and organized into eight-line stanzas. So I employed all the technique involved in composing lines in a rough iambic pentameter, with what are called partial rhymes. You can see how stringent the rhymes are. But the musicality of the poem wanted a lot of music in the words.

Don’t remember. It probably took about a year, which is par for the course.

Once it feels finished I start sending it out.

Every thing in this poem is real.

I’m not sure that term would apply. It is more a wish, a set of wishes, a set of fanciful requests to my survivors.

I don’t remember what I was reading. But anyone for whom Yeats is a living presence would be thinking of him and his big block-like eight-line stanzas.

Normally I don’t. But people who were in the pub that night asked to see the poem when it was finished, and so I showed it to a few friends in the west of Ireland.

In those days I didn’t share my work with other writers, I just tried to get it the way I wanted it by myself. Now, however, Alan Williamson and I have started critiquing each other’s work. We have known each other since we met in graduate school in 1963.

Nothing. Except perhaps that it was written by an American. I think nationality is not as important as some people do.