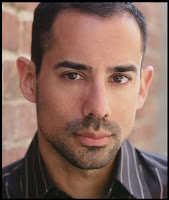 Randall Mann is the author of the poetry collections Breakfast with Thom Gunn, a finalist for the California Book Award and Lambda Literary Award, and Complaint in the Garden, winner of the Kenyon Review Prize; and co-author of the textbook Writing Poems, Seventh Edition. His writing has appeared in the Washington Post, Poetry, Paris Review, New Republic, and Salmagundi. He works as an editor and lives in San Francisco.


THE MORTICIAN IN SAN FRANCISCO

This may sound queer,
but in 1985 I held the delicate hands
of Dan White:
I prepared him for burial; by then, Harvey Milk
was made monument—no, myth—by the years
since he was shot.

I remember when Harvey was shot:
twenty, and I knew I was queer.
Those were the years,
Levi’s and leather jackets holding hands
on Castro Street, cheering for Harvey Milk—
elected on the same day as Dan White.

I often wonder about Supervisor White,
who fatally shot
Mayor Moscone and Supervisor Milk,
who was one of us, a Castro queer.
May 21, 1979: a jury hands
down the sentence, seven years—

in truth, five years—
for ex-cop, ex-fireman Dan White,
for the blood on his hands;
when he confessed that he had shot
the mayor and the queer,
a few men in blue cheered. And Harvey Milk?

Why cry over spilled milk,
some wondered, semi-privately, for years—
it meant “one less queer.”
The jurors turned to White.
If just the mayor had been shot,
Dan may have had trouble on his hands—

but the twelve who held his life in their hands
maybe didn’t mind the death of Harvey Milk;
maybe, the second murder offered him a shot
at serving only a few years.
In the end, he committed suicide, this Dan White.
And he was made presentable by a queer.


["The Mortician in San Francisco" by Randall Mann is from Breakfast with Thom Gunn. Copyright © 2009 by The University of Chicago.]

My friend Tom Halloran helped to prepare Dan White for burial, and he would sometimes mention this, would note White's small hands, note what it was like in San Francisco when Harvey was a Supervisor, and the assassination of Milk and Mayor George Moscone, and the trial of White, and the White Night Riots, and White's suicide, and so on. I was determined to write something about all this history. Also, I liked the irony: Tom is gay, as am I, and the painstaking care of a gay man is what made White look good after death, even though White killed our great gay civil-rights leader. I came up with the end-words for the sestina some time in 2005, but I put them aside until I was ready to write the poem. I wrote it during a stay in Kansas City, Missouri, in early 2006; I think the critical distance from San Francisco probably helped me find a way into the poem.

This poem must have gone through ten revisions, maybe more. Probably five months elapsed between the first and final versions.

I think this one was equal parts inspiration and craft.

Well, I had my end-words, and I knew it would be a sestina, so I had a formal plan of attack. I was mindful of qualifying each repetition, and trying to make each subsequent usage of each end-word surprising. Then I sent the poem to Richard Howard at Western Humanities Review, and he suggested that I take the last stanza and make it the first stanza, thereby amping up the mortician's voice, and if I liked that idea, please send it back to him. Well, I was unsure at first, but I tried out his idea, revised it a few more times, and came up with this final version. Richard's suggestion ("I should like to suggest some emergence," he wrote in his letter) dramatically improved the poem.

It appeared a little over a year after I finished it.

I only let it sit about a month. I don't have rules, other than it has to "feel" finished, whatever that means.

There is quite a bit of true fact in this poem, but the age of the speaker, say, is not the same age as my friend Tom, and my thoughts and his thoughts about what happened are commingled, and these are neither fact nor fiction. It's important to get right, say, the exact date of the verdict of Dan White's trial, the unimpeachable. But the rest is up for revision.

It's a lyric poem with a clear narrative.

No. Though some of my favorite contemporary poems, such as Anthony Hecht's "The Book of Yolek" and Brigit Pegeen Kelly's "Song" and Carol Frost's "Pure," are artful, moral lessons, much of the delicious, depraved work of, say, Frederick Seidel, is not, and I love it not in spite but because of that.

I think I was reading May Swenson. I don't really remember.

I've never thought of an audience while writing.

I think I showed it to the poets Geoffrey Brock and Aaron Smith, who provided so much useful criticism while writing Breakfast with Thom Gunn. I am forever grateful to both of them.

It's more narrative, more directly political and historical, and more personal, than most of my other poems.

It's about a great American civil-rights leader, Harvey Milk. Also, the irony of the oppressed having to clean up the mess of those who oppress them seems very American to me, alas.

It's finished.
Posted by Brian Brodeur at 12:58 PM