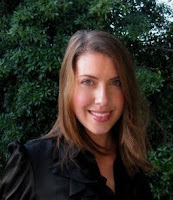 A ninth generation Kentuckian, Kate Buckley received her BA from the University of Kentucky and her MFA in Creative Writing from Spalding University in Louisville, KY. The author of A Wild Region (Moon Tide Press, 2008) and Follow Me Down (Tebot Bach, 2009), her awards include the Gabehart Prize for Imaginative Writing and the James Hearst Poetry Prize. Recent poems have appeared in Bellingham Review, The Café Review, North American Review, Shenandoah, and elsewhere. She now lives in Laguna Beach, CA. For more information, please visit Kate's website.

There’s an honesty to planting,
in saying to seeds,
here’s what I want from you:
grow.

Grow until your heads touch
the tallest slat on the tumbledown wall
and then bud. Break open your heads
and flower, and when that’s done,
fruit.

In return, I will give you
meal, minerals, the dung of cloven
animals. I will take measure
of your soil and add what you need,
take what I
should.

In January, I will hang you
with leftover fir,
grind trees
to place at your
feet.

I’ll pluck snails from your leaves,
sluggish brown bodies loathe
to part from your
succulence.

I will water you in a slow warm
stream, the garden hose wrapped
at my feet, a gently coiled cobra
who will not
strike.

I will break back
your dead wood.
I will feed you in spring.
I will take only what I need,
and then I will say to you:
sleep.

I wrote this poem in 2008. I’d been digging in the front garden of the house in which I then lived, and the first few lines kept going through my head. Most of my poems begin that way. They badger me until I stop whatever I’m doing and write down as many lines as are “given to me,” then—if I’m lucky—I go on writing and finish the poem, or at least a first draft. Otherwise, I scribble away until I don’t believe what I’m writing anymore. That’s my cue to put the poem away and come back to it when I’ve something more to add to the conversation.

With this poem, I think I was struck by the actual sweat-and-grime/give-and-take honesty of manual labor. Which seems an obvious fact, but when one spends most of one’s time in front of a computer, one forgets. I remember my grandfather working in his garden for hours—it was a necessity for him, but it was also a meditation. I admired that about him and hated that I’d gotten so far away from that. I remember reading over the poem after I’d finished the first draft and thinking that on one level it functioned as a sort of corollary for the biblical tale of Adam and Eve and the Garden of Eden.

This started out as a much longer poem—then I carved away at it and played with the line breaks until I was happy enough to send it on its way. I titled it “A Garden Address” and submitted it to the 2008 New Southerner Literary Contest where it received an honorable mention. In addition to publishing the poem, they’ve since nominated it for a Pushcart. I’m very grateful for their support of my work.

The poem appears in my second book, Follow Me Down, under a different title. A friend and colleague, Joan E. Bauer, was kind enough to read over the manuscript prior to its publication and made the invaluable suggestion that I change the title to “Honesty.”

In reading over the version of the poem included here, I realized it’s a slightly different version than the one that appears in Follow Me Down. Apparently when going over the I-swear-this-one’s-really-the-final-draft of the manuscript, I decided it could do with a few contractions. In typical OCD fashion, I also altered the line breaks a bit and omitted the odd word (the first line of the poem in the book omits the article “an,” so it reads: “There’s honesty to planting”).

Yes. The first half of this poem was “received.” The sweat and tears bit was in its completion and revision. I will say that I think the “reception” bit is predicated on (a) one’s being open and (b) one having done the work—you have to till the ground before it’s ready to receive seeds. (Sorry, couldn’t resist.)

I played a great deal with the line breaks—I wanted to break up/open the poem visually. To continue with the horrid horticulture references, I wanted to turn over the poem as a gardener turns over soil; to provide several pockets within each stanza in which meaning could live and take root. Thus my decision against long lines and for irregular line lengths—notably the last line of each stanza (consisting of a single word).

Within a few months.

Varies. Some poems arrive as fully formed as hooded seals—going from infancy to adulthood in days. Others are premature and require substantial intervention and surgery (if they survive at all).

Most of my poems are a blend of the two. “Honesty” is factual in that it employs natural imagery and talks about the things one would really do in tending a garden. It’s fictional in that I didn’t really do all of those things, nor did I sustain a prolonged direct address to a bunch of seeds!

I once heard Charles Harper Webb talk about Narrative vs. Lyric in poetry and his assertion was that most poems fall on a continuum between the two. So if narrative is pt. A and lyric is pt. Z, perhaps “Honesty” lives between the city of M and the hamlet of Q.

Interesting. But I don’t think that all good poetry is ethical or just, any more than all good music—or art of any sort. We can acknowledge the flawed—and occasionally horrific—viewpoints of notable artists (that arguably influenced their work), but still celebrate the work itself. You might loathe Wagner the man, but still appreciate one of his operas (or not). Can an opera (or painting or poem) be ethical in and of itself? And there we have it: Can art exist entirely independent of the artist? And then on to moralism, autonomism, and the ethical consideration of aesthetics. And I don’t think we really want to go there—at least not without a two drink minimum.

I’ve been reading widely and rather schizophrenically over the past few years for my MFA program. I don’t remember any specific influence on this poem though I’m sure there are many.

No. And it’s strange to me that the poems I most like of my own are rarely the ones others select as their favorites. For instance, “Honesty” has had a nice little welcome into the world (and thank you for selecting it and me for your blog), but it’s not even in my Top 10 from Follow Me Down.

Yes, there are several other poets with whom I regularly share work. Their feedback is invaluable to me.

Lately, I’ve been writing in closed forms. My third manuscript is comprised almost entirely of sonnets—or, as Molly Peacock puts it: “ghosts of sonnets.”

It could be argued that it’s somewhat pioneerish in both form and content. On a personal note, it harkens back to memories of my aforementioned maternal grandfather working his land in East Bernstadt, Kentucky.

Someone once said, “A painting is never finished, it just stops at interesting places.” I think the same can be said of a poem.
Posted by Brian Brodeur at 11:59 AM