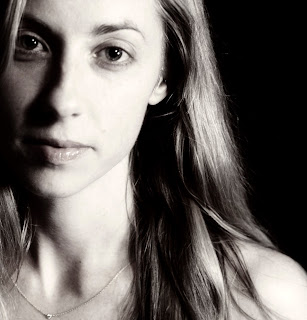 Chloe Honum grew up in Auckland, Aotearoa/New Zealand. She is the author of The Tulip-Flame (2014), which was selected by Tracy K. Smith for the Cleveland State University Poetry Center First Book Prize, named a finalist for the PEN Center USA Literary Award, and won Foreword Reviews Poetry Book of the Year Award, the Eric Hoffer Award, and a Texas Institute of Letters Award. She is also the author of a chapbook, Then Winter (Bull City Press, 2017). Her poems have appeared in The Paris Review, Orion, The Southern Review, and elsewhere, and her awards include a Ruth Lilly Fellowship and a Pushcart Prize. She is currently an Assistant Professor of Creative Writing at Baylor University.

I too feel my life is moving backward.
I spend hours recalling
how I reeled, as if from dream
to dream, when you knocked,

how crows swooped and dived
like black fire behind you.
The prince tells me I moan
for you in my sleep—

good star, bad mother, lone tree
in a vast field on which the seasons hang
their sheets, wet and colored
with all the illnesses of beauty.

I think I wrote this poem in 2008, maybe early 2009. As with many of my poems from that time, it likely started as a line or an image that came to me as I walked to or from campus at the University of Arkansas in Fayetteville, where I was an MFA student. I had lots of time to think while walking up and down the steep hills in Fayetteville.

I’m not sure of the number of revisions, but it was written during a period in which I was working hard on a single poem at a time. My MFA was a four-year program, and by the second year I’d developed a steady rhythm of finishing one poem a month. I started other poems, too, and brought them as drafts to workshop, but I concentrated on and finished one at a time. It seemed like a slow pace compared to some writers, but I was happy with it. I’d work on my one poem every day, often first thing in the morning and last thing at night, often for hours at a time, and by the end of the month it would be finished.

I believe in both inspiration and sweat. I remember that much of this poem was written in intense concentration and toil. But the ending came almost fully formed, in a burst.

Several of the poems in my first book, The Tulip-Flame, share this poem’s form. Four quatrains of fairly short and uniform lines. Four little boxes. There was a wildness in those poems that craved something orderly and sturdy to lean on. A bit like ballet, which is a theme in the book, the form allowed me to be meticulous and precise while remaining present with my most untamable subject matter.

During the phase in which I wrote this, I’d draft poems in mechanical pencil, on enormous sketch pads. There was a satisfaction in striking things out, penciling in alternatives, drawing big swooping arrows to switch things around. I felt the construction of the lines differently than I did when drafting on a keyboard and screen. I was also in the habit of working on poems in the middle of the night. I’d wake at three or so in the morning, go downstairs in my drafty house in Fayetteville, and work on my poem-in-progress for a while before going back to sleep. Again, these were my MFA days, when I had lots of time completely to myself. In the later stages, after I’d typed up the poem, I’d print it out, attach it to a clipboard, and carry it around the house with me as I got ready for class, prepared food, or did housework! It was a strange and beautiful time.

About five years. I first sent it out in 2010. It was rejected from quite a few journals. It has a strange opening that I liked and refused to change, but that several people said they didn’t “get.” Anna Leahy accepted it for publication in the February 2014 issue of Tab and later nominated it for a Pushcart. It was republished in the 2016 Pushcart Prize anthology, which then led to my being a guest poetry editor for the 2017 anthology, a thrilling honor. I owe this poem—and Anna—a lot, and I’m grateful for its slower path toward publication.

I have no rules about that. My practice has varied a lot.

My mother died from suicide when I was seventeen. We were physically far away from one another at the time. She was at home in Aotearoa/New Zealand, where I was raised, and I was in California, where I’d recently moved to live with my paternal grandmother. It was mid-winter in New Zealand, mid-summer in the U.S. It’s a disorienting grief I carry, and I long for her in my every breath. That is the fact beneath the poem. The fiction is obvious in that it’s written in the voice of Snow White, speaking from her life after the known story has ended. I’d like to be clear, though, that I don’t mean to conflate my mother with the queen in the poem. Not at all. It’s just that the persona offered a different way in. Through that voice—and the big fiction of it—I was able to say something about early trauma and the constant nature of my own longing.

Not really, though it does lean on the narrative of the fairytale.

In stepping into the fairytale character persona, I was guided by “Gretel, from a Sudden Clearing,” by Marie Howe, my first poetry teacher. As with so much of her work, that poem stayed with me from the moment I read it.

In the midst of writing a poem, I often have a longing to reach someone. There’s often a “you” involved, whether or not that person is addressed on the page. And the “you” often brings up a kind of desire and distance; some have died, some are unreachable for other reasons. After about the first draft, I imagine a wider audience—strangers, friends, past teachers, or whoever else. So the idea of audience changes as I push on. I don’t think about this as I’m writing, and it doesn’t happen in neat stages, but I can feel the pattern. Often, there’s an intensely personal and urgent “you” for whom the poem begins to live. And then there’s a necessary widening out from that original desire, and a giving over to craft to make the actual thing.

I share my drafts with my partner, who is also a poet, and sometimes with a very close friend who is a sister-poet to me.

In terms of style, it shares important elements with other poems in my first book. It differs quite a bit from my newer work, though. Looking at this poem now is like glimpsing my younger self, seeing her fierce precision and stubbornness. I chiseled the poems in my first book with a kind of obsessiveness that, though I’m grateful to have experienced, I can’t quite imagine repeating. My newer poems breathe differently and move differently. They’re a bit less lonely, thank goodness. They’re not constantly standing on a cliff’s edge. They can walk through the world a bit, put their hands to the ground.

I’m not entirely sure. I wrote it in Arkansas, using a persona from a German fairytale, while deeply homesick for Aotearoa/New Zealand. In terms of programs and degrees, my study of poetry has been in America. But learning to read and write in Aotearoa—land of the long white cloud, land of my heart—will always be as important to my aesthetic awareness, and in many ways more so, as anything I learned in college.