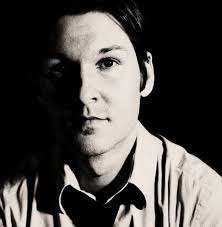 Michael Shewmaker is the recent winner of the Hollis Summers Poetry Prize and author of Penumbra (Ohio UP, 2017). His poems recently appear in Yale Review, Virginia Quarterly Review, Poetry Daily, Parnassus, Oxford American, Narrative, and elsewhere. A former Wallace Stegner Fellow, he is a Jones Lecturer in poetry at Stanford University.

Without the usual work of wands,
she dazzles solely with her hands.

The coin behind your ear is gone.
Her turtledoves have turned to stone.

She plucks the rose from her corsage,
your ring tucked in its petaled cage.

She knows your card. She levitates.
The coin appears in duplicates.

And though she makes a show of it—
the scripted struggle, the long wait—

no locks or chains are sound enough
to bind her to this stage. And though

you know the limits of the eye,
her sleight of hand, the hidden lie,

you choose to see as through a sieve.
You still applaud. You still believe.

It was mostly written in 2011, while I was living in Lubbock, Texas. It started with me watching a late-night documentary on sleight of hand magic.

I don’t keep a system that numbers drafts, but I feel pretty confident that it went through at least fifty or so. I spent roughly a year-and-a-half with it before sending it to editors.

Yes. I definitely believe in inspiration. I’m certain the poem wouldn’t exist if I didn’t watch that documentary. The sweat and tears came after, when trying to realize the poem’s shape. For me, that’s almost always the bulk of the work—making the form and content inseparable, making the form the content and vice versa.

The eye rhymes are what finally allowed the poem to take its shape. I wanted the couplets to feel like little tricks, leading up to a finale. So, I hope, when the reader encounters the only full rhyme in the poem (eye and lie) it startles them, especially since it doesn’t look like it rhymes at all. I hope the poem itself, through its form and content, pulls off its own sort of sleight of hand.

Not much, beyond what I just mentioned above. Just a lot of time at the desk, which isn’t unusual at all.

It first appeared in print in September 2013. So, what, a little over a year or so? Even after that, though, the version above, which was recently published in my book, Penumbra, is still slightly different.

I have some hard and fast rules about this that are probably silly, but they help me to sleep at night. I don’t send anything out until I’ve spent at least six months with it.

Well, I hope it’s a fiction that’s a fact. I’ve been to plenty of magic shows, but the poem isn’t reportage. It’s an imagined experience that confronts our human need to believe in something.

That depends on how you define narrative. I find that we often talk about poems as if they’re some sort of binary system: lyric or narrative—as if they’re one or the other. It’s been my experience that they usually exist on a scale, or a gradient. Compared to my other work, though, “The Illusionist” seems to me tipped more toward lyric than narrative.

I do. Among other things, I was reading Derek Mahon and thinking about his rhymes.

This question is always difficult for me. I’m often trying to write the poems that I want to read, that I don’t see already in the world. (That is, I’m trying to write the poems only I can write, audience be damned.) At the same time, though, it’s important to me that people who I am close to, who may not have a college education, can pick up one of my poems and get something valuable out of it. I’m usually living in that tension when I’m writing.

Yes. I’m fortunate enough to have a handful of readers that I trust with almost everything I write.

Many of my poems obsess about faith and doubt, specifically related to the different brands of Christianity I was raised in. I like that this poem entertains some of those same obsessions, but more obliquely.

Well, I’m an American and I wrote it.

Abandoned. Only and always. Though I’m not sure that abandoned and finished have to be mutually exclusive: My God, my God, why have you forsaken me?... It is finished.