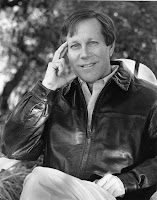 Dana Gioia is an internationally acclaimed poet and critic. He is the author of three full-length collections of poetry, including Interrogations at Noon (2001), which won the American Book Award, and three collections of criticism, most notably Can Poetry Matter? (1992), which was a finalist for the National Book Critics Award. A best-selling literary anthologist, Gioia has edited or co-edited over two dozen collections of poetry, fiction, and drama. He has also written two opera libretti and has collaborated with composers in genres ranging from classical to jazz and rock. For six years (2003-2009) he served as Chairman of the National Endowment for the Arts where he gained strong bipartisan support for the previously imperiled agency and helped launch the largest literary programs in federal history, including The Big Read, Poetry Out Loud, and Shakespeare in American Communities. He was twice unanimously confirmed by the U.S. Senate. For two years he directed the arts and culture programs for the Aspen Institute in Washington, D.C. and Colorado. He is currently the Judge Widney Professor of Poetry and Public Culture at the University of Southern California. He divides his time between Los Angeles and Sonoma County, California. A new collection of poetry, Pity the Beautiful, is forthcoming this Spring from Graywolf Press.


THE ANGEL WITH THE BROKEN WING

I am the Angel with the Broken Wing,
The one large statue in this quiet room.
The staff finds me too fierce, and so they shut
Faith’s ardor in this air-conditioned tomb.

The docents praise my elegant design
Above the chatter of the gallery.
Perhaps I am a masterpiece of sorts—
The perfect emblem of futility.

Mendoza carved me for a country church.
(His name’s forgotten now except by me.)
I stood beside a gilded altar where
The hopeless offered God their misery.

I heard their women whispering at my feet—
Prayers for the lost, the dying, and the dead.
Their candles stretched my shadow up the wall,
And I became the hunger that they fed.

I broke my left wing in the Revolution
(Even a saint can savor irony)
When troops were sent to vandalize the chapel.
They hit me once—almost apologetically.

For even the godless feel something in a church,
A twinge of hope, fear? Who knows what it is?
A trembling unaccounted by their laws,
An ancient memory they can’t dismiss.

There are so many things I must tell God!
The howling of the dammed can’t reach so high.
But I stand like a dead thing nailed to a perch,
A crippled saint against a painted sky.

This poem started, like most of my poems, with a first line and some sense of the character speaking. It came to me in an airport. I jotted down the opening line with a few notes. A busy airport was not a place where I could do much more than that.

I don't have the drafts here in Washington, but I'd guess it went through about fifty or sixty drafts--not necessarily drafts of the whole poem but of various lines and stanzas. Probably a year passed between jotting down the first line and actually having the time to work on the poem seriously.

I finished the poem in one extended period of work, which is unusual for me. (My daily life tends to be full of obligations and interruptions, and at this point I was Chairman of the NEA working six days a week.) I started drafting the poem on Waldron Island and finished it after two weeks of work. I had sequestered myself alone on this beautiful but remote place, which had neither electricity nor phone service, to escape my public life. I needed real silence and solitude to write in a life that was otherwise quite destructive for a poet.

Of course, I believe in inspiration. That's what makes poetry so difficult. You can't will a good poem into existence. The basic idea either comes or not. But then a different sort of work begins in trying to realize the idea in words. Inspiration is powerful, but it is also vague and elusive. A great inspiration can turn into a lousy poem. Mediocre poets have inspiration, too, but they lack the skill and fortitude to embody it compellingly in language. It is interesting to see Yeats' first drafts. They mostly aren't very impressive. But the final versions are, of course, amazing. Part of his genius was in shaping the initial impulse into something unforgettable.

I wanted the poem to sing, so I knew almost at once it would rhyme. Everything else came later as I started working on it. Yes, I "consciously employed principles of technique." If you use a major form like rhymed pentameter quatrains, you'd better know what you're doing. But I didn't impose the form on the poem. I listened to the poem as it emerged and gave it the form it wanted. That's what critics don't understand about form. It has to be inherent in the material. The poet only does what the poem itself suggests.

Actually, there was. Much of the poem was composed aloud without being written down. On Waldron I could walk for miles without meeting anyone. I would work on lines and stanzas by reciting them to myself. I might go through two or three dozen different versions of a line or stanza before I jotted anything down. As I did this over a period of days, the poem gradually emerged in its present shape. Then I began reworking the draft on paper. That is one reason why the poem's sound has such physicality. I could feel in my tongue and mouth when I finally had a line exactly right.

Five years. When I wrote it, I was Chairman of the National Endowment for the Arts, and I decided it was inappropriate for me to publish. I didn't want to complicate the agency's already problematic position, so I put aside my personal career for the duration of my public service.

I have no set rules, but it's always wise to let a poem sit. I usually let them sit for a couple of years. Sometimes I will make small changes in the interim. If a poem is any good, it can wait to be published.

I almost never write strictly autobiographical poems. I usually create a fictional voice or character to speak the poem, even if this is not obvious to the casual reader. My poems are personal but not autobiographical, and that gives me a certain imaginative freedom and objectivity I would lack if I were writing confessional verse. It's hard to be entirely truthful about yourself. It's easier to be truthful in fiction. And poems should be truthful.

I had probably just read the newspaper. After all, I was waiting in an airport lounge. So there was no literary source for the poem. But I had just been in Santa Fe where I had attended Spanish Market where the santeros ("saint-makers," as these traditional Southwestern woodcarvers and artists are called) were selling their wooden statues of religious figures. I had been haunted by these statues since I first saw them in New Mexico, and I had just bought one, a statue of the archangel Raphael by a young santero named Jacob Martinez.

Yes, the alert, the curious, and the creative. Most of these folks no longer read poetry, but that doesn't matter. The poems will be there if they need them. And oddly enough, over the years, they often find them.

Since I wrote "Angel" when I was on Waldron Island, which is really very isolated, no one saw it until it was done. I could have shown it to the composer Morten Lauridsen, whom I saw each evening, but I didn't know him well at that point, so I felt a bit shy about reading a poem in progress to him. And he and I were usually busy talking about other things. Generally, I don't show a poem to anyone until it seems pretty much done. Then I can benefit from their comments without losing the poem's individuality.

Curiously, when the proofs arrived from Poetry, I worried about one word. In line fifteen should "shadow" be singular or plural? I happened to be at the Aspen Ideas Festival, and Tobias Wolff sat down at the picnic table where I was working. I read the poem to him, and we decided it should stay singular. A silly story to tell, but I share it to say that in a poem every word matters.

It took me into a subject--both in general and specific terms--that I had never explored before. It also achieved a certain tough, formal music that was a little different from any previous poem I'd written. Most interesting for me was that it went into my own Mexican roots. My mother was Mexican-American, and I was raised in a Mexican neighborhood. I had mostly written about that indirectly in the past. This allowed me to explore that part of my background more overtly as well as the deeply Latin Catholic milieu in which I had been raised.

The subject, the author, and the treatment are all American. Perhaps what makes it most American is that the statue itself is a Mexican immigrant of sorts--an artifact brought from his native village to be displayed in an American museum. It is also a religious poem. That's very American, at least in a contrarian sort of way. No one in England or Europe writes religious poetry nowadays.

When I had finished the poem, I thought that it still needed another stanza, though I wasn't sure what it would say. But once I read the poem to a friend, I realized that it ended exactly where it should. It had finished itself without telling me. I had been so preoccupied with the details that I didn't notice until I heard it with someone else in the room.
Posted by Brian Brodeur at 1:06 PM