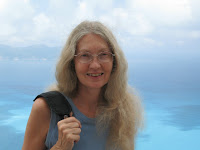 Maura Stanton’s first book of poetry, Snow On Snow, was selected by Stanley Kunitz for the Yale Series of Younger Poets Award, and published in 1975. She has also published Cries of Swimmers (Utah 1984), Tales of the Supernatural (Godine 1988), Life Among the Trolls (Carnegie Mellon 1998), Glacier Wine (Carngeie Mellon 2002) and Immortal Sofa (University of Illinois 2008). She has published a novel, Molly Companion, and three books of short stories, most recently Cities in the Sea (University of Michigan Press 2003) which won the Michigan Literary Award. She has been awarded two fellowships from the National Endowment for the Arts, and her poems have been selected for Best American Poetry in 2003 and 2005. Her poems have appeared in many magazines including Ploughshares, Poetry, American Poetry Review, The Paris Review, Tin House, PN Review and The Atlantic; her work has been featured on The Writer’s Almanac and the BBC radio program Words and Music. She teaches in the MFA Program at Indiana University in Bloomington.

She leaves the room. Onegin writhes
On stage, ashamed of his emotion.
He scorned her as a young girl.
Now he's mad about her! But she's
Married, rich, so stern and cold. . .
I lean forward in my opera seat.
There goes me. And isn’t that
Every man I loved in vain?
The cast bows to wild applause.
Our Tatyana smiles, steps forward
To catch a bouquet of red roses.
I button my coat, grab my purse,
And make my slow way down the aisle
Of well-dressed, gray-haired couples
Watching their steps with downcast eyes.
I bet I'm not alone in wishing
I could go back in time, and break
A few cold hearts that broke mine
With all my hard won understanding
Of the game of love, its rules
And stratagems, and power plays.
Then through the open lobby doors
Where the crowd hesitates, tying
Scarves or pulling on wool gloves,
I see the promised snow’s begun
And someone’s whistling an aria
From the first act. A sweet joy
Rushes through me. No, of course
I’d fall in love the same way.
I’d make every great mistake
I could, and earn this lovely moment
Walking home through fresh snow
My head full of unsingable music,
Remembering this one and that one
Who made me feel by feeling nothing.


When was the poem composed? How did it start? How many revisions did this poem undergo? How much time elapsed between the first and final drafts?

In my memory it goes like this: I wrote the poem in one sitting after watching a performance of Tchaikovsky’s Eugene Onegin in January or February. The poem just sprang out of me, needing no revision. Everything in the poem happened just as I describe it.

But here’s the truth: I keep a little “events” journal, and I still have the drafts of the poem, so I decided to check.

“Tatyana” was written in the fall of 1997 after I saw a performance of Eugene Onegin put on by the opera theater at Indiana University. The opera was on a Friday, October 31, and I began writing on Sunday morning, November 1. At first I was just playing around with words but after a few lines a subject emerged. By November 2 I had the first three lines of the poem as it now stands, plus many others describing Tatyana getting undressed and thinking about the past. On November 3 the poem got even wordier. I abandoned it, and wrote a long “Ode to Sleep” which ended with an image of weaving a silver thread through black cloth. I worked on this ode for a couple of more days and it got longer and looser and became “Ode to Concentration.” I knew it wasn’t working, so I focused on the image of the cloth, which came from a Girl Scout project I’d never finished (we had to weave silver thread through a piece of black cloth, then make an evening bag, but I never finished mine). The new poem was called “Craft” and I finished it on Nov. 9 but ultimately decided it was dull. On Nov. 13 I returned to “Tatyana” which got even longer with a big patch of italics in the middle as she unbraids her hair before her mirror. On Nov.15 I looked at the poem again, and turned two stanzas into one. I cut out all the stuff I’d imagined about the character of Tatyana, and focused on the stage performance and the audience.

Do you believe in inspiration? How much of this poem was “received” and how much was the result of sweat and tears.

Inspiration occurs at the intersection of writing and memory. I didn’t set out to write about going to the opera, but the subject emerged as I sat doodling with words. In retrospect, it seemed like a natural thing to write about—I love Pushkin’s poem, the opera had delighted me—but it snuck up on me.

I began this poem in the meter that is most difficult for me: tetrameter. Blank verse is my default meter, and trimeter is my magic, conjuring meter, but I’ve always felt awkward using the four beat line. Maybe this is why I had trouble with the poem, and abandoned it for a while for some sloppy blank verse. I think it was a lucky choice here. Tetrameter gave me something technical to struggle against as I described my experience at the theater.

It appeared in Southwest Review about two years later.

How long do you let a poem “sit” before you send it off into the world? Do you have any rules about this or does your practice vary with every poem?”

In practice, I’m ready to send a poem out as soon as I feel it’s finished, but I’m often too busy. Every fall, I weed out the weaker poems before the new writing season begins.

Until I began to do research on myself, I really believed that everything in “Tatayana” happened as I described it, but now I’m not so sure about the snow. Most of the poem really did happen. The scene in the opera when Eugene Onegin meets the married Tatayana and regrets that he scorned her as a young girl was beautifully presented, and very moving. Everyone in the audience was leaning forward, breathless. The music was stunning. The singers were all young people, and when the lights came up, I was struck by the fact that most of the audience were older people like me. We were all wise about love now, we’d all read Proust, but once upon a time we’d been naïve and innocent. So here’s the question: was it snowing when I left the theater? I thought it was, but now I’m not so sure. There was a lot of snow in early November, so at times it was snowing while I was writing, and I do remember coming out of operas in the winter when it was snowing. But I may have transposed the snow from some other opera.

“Tatyana” is a lyric poem with a dramatic situation—watching an opera, walking out afterwards, hearing someone whistling an aria, noticing the snow—but the poem ends with the speaker’s realization, not an action or event. I’d say it’s a lyric poem that uses some of the devices of narrative, but it’s not really a narrative poem.

I don’t think “Tatyana” has much to do with morality or ideas of right and wrong. It just describes how things are, the way love works. Good poetry might make us think about ethical questions, it’s not in itself ethical or not-ethical, just or unjust.

Do you remember who you were reading when you wrote this poem?An influences you’d care to disclose?

I don’t remember, but I can check! Looking through my “events” journal, I see that during the period I was working on the poem I read The English Patient, Robert Pinsky, Horace, The Life of Olaudah Equiano, and Carol Anshaw’s Seven Moves in addition to many literary magazines and MFA theses.

But Proust and Puskin are the chief influences behind “Tatyana.”

I’d like to be accessible to a wide, general audience.

I don’t show my work to anyone while it’s in progress, but afterwards I show it to my husband, Richard Cecil, also a poet, and welcome his comments or suggestions.

It’s realistic, straightforward, light but serious—there’s no humor or craziness in the poem. That’s why it tricked me into thinking it was completely true.

Finished—or it would not be in my book.
Posted by Brian Brodeur at 12:00 PM