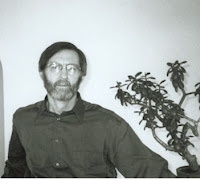 Carl Dennis is the author of Practical Gods (Penguin, 2001), winner of the 2002 Pulitzer Prize in Poetry. He is also the author of several other books of poetry including A House of My Own (George Braziller, l974), Climbing Down (George Braziller, l976), Signs and Wonders (Princeton University Press, l979), The Near World (William Morrow, l985), The Outskirts of Troy (William Morrow, l988), Meetings with Time (Viking Penguin, l992), and Ranking the Wishes (Penguin, l997). A recipient of fellowships from the Guggenheim Foundation and the National Endowment for the Arts, in 2000 he was awarded the Ruth Lilly Prize from Poetry Magazine and the Modern Poetry Assocation for his contribution to American poetry. He teaches in the English Department at the State University of New York at Buffalo, and is a sometime member of the faculty of the MFA program in creative writing at Warren Wilson College.

I guess I have to begin by admitting
I'm thankful today I don't reside in a country
My country has chosen to liberate,
That Bridgeport's my home, not Baghdad.
Thankful my chances are good, when I leave
For the Super Duper, that I'll be returning.
And I'm thankful my TV set is still broken.
No point in wasting energy feeling shame
For the havoc inflicted on others in my name
When I need all the strength I can muster
To teach my eighth-grade class in the low-rent district.
There, at least, I don't feel powerless.
There my choices can make some difference.

This month I'd like to believe I've widened
My students' choice of vocation, though the odds
My history lessons on working the land
Will inspire any of them to farm
Are almost as small as the odds
One will become a monk or nun
Trained in the Buddhist practice
We studied last month in the unit on India.
The point is to get them suspecting the world
They know first hand isn't the only world.

As for the calling of soldier, if it comes up in class,
It's not because I feel obliged to include it,
As you, as a writer, may feel obliged.
A student may happen to introduce it,
As a girl did yesterday when she read her essay
About her older brother, Ramon,
Listed as "missing in action" three years ago,
And about her dad, who won't agree with her mom
And the social worker on how small the odds are
That Ramon's alive, a prisoner in the mountains.

I didn't allow the discussion that followed
More time than I allowed for the other essays.
And I wouldn't take sides: not with the group
That thought the father, having grieved enough,
Ought to move on to the life still left him;
Not with the group that was glad he hadn't made do
With the next-to-nothing the world's provided,
That instead he's invested his trust in a story
That saves the world from shameful failure.

Let me know of any recent attempts on your part
To save our fellow-citizens from themselves.
In the meantime, if you want to borrow Ramon
For a narrative of your own, remember that any scene
Where he appears under guard in a mountain village
Should be confined to the realm of longing. There
His captors may leave him when they move on.
There his wounds may be healed,
His health restored. A total recovery
Except for a lingering fog of forgetfulness
A father dreams he can burn away.

“Thanksgiving Letter from Harry” resulted from the fusion of two failed poems that I wrote and set aside in 2004. One was a poem called “Therapist,” which dealt with a woman who had to struggle in her practice with the conflict between her wish to have her clients face the facts of their lives and her wish to have them resist hopelessness. The poem focused on her respect for a father’s refusal to believe that her soldier son, missing in action, was dead. I set the poem aside because I could never ground it convincingly in the ordinary world. The therapist remained shadowy, a character with only one idea, and the son, missing in an unspecified war, seemed more of an illustration than an actual person.

In the other poem, entitled “Thanksgiving, 2004,” the poet used the occasion of the holiday to talk about his feelings about the war, but after the first stanza, in which he admits to being glad he doesn’t live in Bagdad, he turns to other, more serious reasons for being glad, in particular that he is free to write what he pleases, and compares his situation with the fate of Ovid, the poet of Imperial Rome who is banished to the edge of the Empire because of a poem that Augustus found offensive. This poem failed because the poet finally seemed to betray its initial impulse to deal with his disgust with living in a country that has betrayed its values. In focusing on the way in which other writers might suffer more, he seemed to accept his situation rather than protest against it. It succeeded in avoiding a certain kind of polemical rhetoric, but at the price of a disturbing passivity.

I began my revision by giving the Thanksgiving Day poem to a friend, Harry, who had a legitimate reason, as a school teacher, for not wanting to focus too much on the war in Iraq. Then it seemed that I needed a way for the war to return naturally to the poem, and it struck me that I could use some of the material about the lost soldier if I made one of Harry’s students bring up the story herself. When the notion of a student paper about a brother occurred to me, I realized I had the plot of the new poem.

As for what is American about the poem, I give two answers: l) its beginning with the sense of shame that many Americans feel about the behavior of our government abroad; 2) its creating one from many, or at least from two, if not an unum e pluribus then an unum e duobus.
Posted by Brian Brodeur at 4:35 PM